Want to try acting, but don't know where to start?

Perform Australia's 'Acting 101' course in Canberra is the best place for you to start your journey as an actor! Get out of your skin and find the performer within.

Through drama games, script work, improvisation and vocal exercise, you'll cover the fundamentals of acting for stage and screen from the ground up.

Due to the high number of COVID cases in Canberra, and the personal circumstances of the tutor, you may be asked to wear a mask in this class

Why you should do this course right now

Reason #1:  It'll be lively and entertaining!

Need a little light in your life? Acting 101 is it. Expect to be lively. Bring your sense of humour to class - because your tutor is going to make you laugh sometimes - as will your classmates - and no doubt you'll also laugh at yourself! Part of the fun is that there'll be quite a few activities that feel like games, because they're a great way to learn acting skills. But you'll also work with scripts and learn about the 'serious' work of the actor! 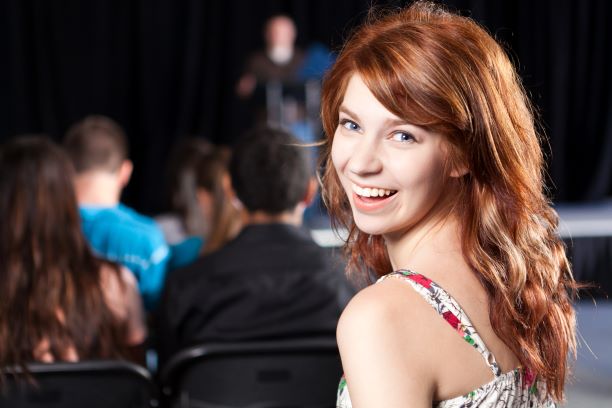 Reason #2: It's run by an industry professional who knows what she's doing!

Your tutor is Caroline Simone O'Brien. She is an actor, writer, director and puppeteer.  Since graduating from the Actor’s Centre Australia she has worked in Sydney, London, Cornwall and Los Angeles.  When in the US she is represented by Malaky International.

In Los Angeles, she has had roles in prestigious theatre productions such as A Time To Kill, A Streetcar Named Desire, and Disinherit The Wind, as well as many screen roles, including in webseries such as Culcha Club and The Good Peoples.

You may also recognise her as the character of "Joan", as brand ambassador for Office Choice, which included 14 commercials, print materials, radio commercials and public appearances.

In terms of acting technique, Caroline has studied the work of Ivana Chubbuck to Master level and is an accredited Chubbick coach. She has also trained in improvised theatre through The Second City and Upright Citizen’s Brigade in the US.

Caroline is pleased to be the one to take you step-by-step through your first introduction to acting!

One of the things you might be worrying about is that your acting class will be full of kooky actor-types. Weird characters who are a bit "out there", with intimidating, wacky personalities... Want to know the truth? Acting 101 is usually full of public servants, tradies, school leavers, over-50s, stay-at-home mums, and students. It's a mixed bag of ordinary people, just like you. You'll fit right in. 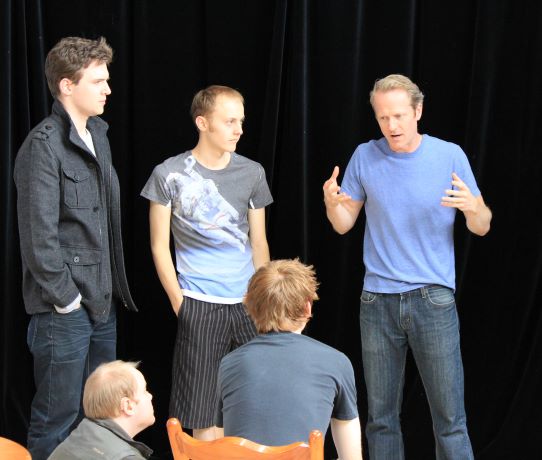 So what happens in class?

Your average Acting 101 class will start with a warm-up - perhaps a physical or vocal warm-up, or even a game.

Then there'll be some learning  - something about the aspect of acting technique you're be working on that week.

You'll do a range of exercises and activities to consolidate the learning.

Then you might work on rehearsing a script for your little performance at the end of the term.

Expect to connect with others, working in groups and individually.

Do I get to perform?

But it's a low-pressure performance - for most participants, it's their first one ever! So we know that can be challenging for you. The performance usually in the last week of the term, and you can invite your family or friends to come along and see you (or not!).

​You'll be in a little scene, most likely with one or two other people. So yes, there are some lines to learn - but your tutor will guide you every step of the way, working with you every week to help you make the most of your performance. Everybody gets nervous about the prospect of being in a show - that's COMPLETELY NORMAL.

But there'll be lots of encouragement and learning along the way. And it's OK to make mistakes. Plus you'll have the buzz of getting up on stage and strutting your stuff!

More reasons to do this course

You'll step out of your comfort zone

Acting requires you to stand up in front of others. For some people, that's a scary prospect. But for others, that's just where they want to be. They want the courage to do that boldly and confidently. To play a role on stage. To become a character, someone different from yourself. Acting 101 will help you do just that.

Acting helps you develop communication skills, creative thinking skills, and team skills as you work with others to create a performance. From there, self-confidence grows. These are the wonderful side-effects of being involved in dramatic art.

​When you do a course at Perform Australia, you meet your "tribe". You'll meet other actors - people to network with, to work on projects with, and simply to dialogue with. Our students say they enjoy being a part of our artistic community.

"I just wanted thank you guys... I enrolled and attended your 'Acting 101' class last year. I had no experience whatsoever in theatre and acting.
"After attending the course, I later auditioned for the lead role of “Jesus” in the local production of 'Jesus Christ Superstar'... I was fortunate to be given the opportunity to play the role.  I believe the experience I gained with your classes gave me the confidence and ability to perform under the audition pressure - so thank you for your great work."
- David

"Acting 101 has been the best introduction to acting - I always wanted to try, but never had the chance till now. The classes were fun and friendly and I really felt like I could get involved in all the activities without being shy. It was great! Highly recommend."
- Kylie