THE PROS AND CONS OF ACTING IN A STUDENT FILM 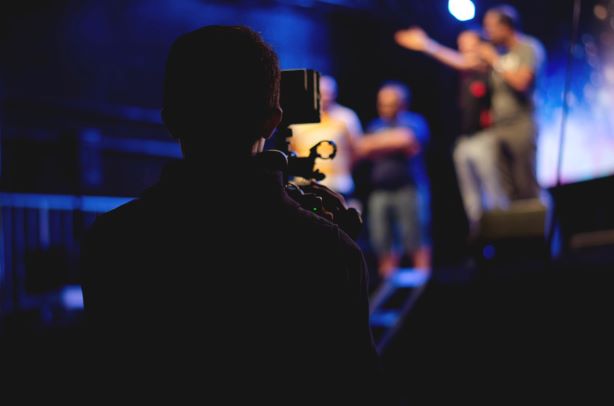 For the emerging actor, being in a short film can be a way to gain experience, secure material for a showreel, and to be seen, with the hope of future employment.

Many short films are made on tiny budgets and rely entirely on the goodwill of all involved - student films among them. This blog is about the pros and cons of acting in a student film.

Here are some of the pros of being in a student film:

1. The experience
If you're new to acting, a student film usually allows you to experience what it's like to work on set, with lighting, sound and a range of personnel present.

2. Networking Opportunity
Being on a student film allows you to meet and make friends with the filmmakers of tomorrow. Just as student actors are interested in making contacts, so are student filmmakers.

3. Practising your audition and "meet and greet" skills.
Networking and meeting new people is not easy for everyone. So it's great to be able to practise these skills while you're a student of acting. Meeting student filmmakers is a pretty non-threatening way to do it - and often there's a lot of enthusiasm from their end. Sometimes student filmmakers are just desperate to find actors - they will take anyone! Certainly, you may have to audition for a role, but sometimes in a student film, you can bypass auditions altogether. A student filmmaker may need to round up a number of characters and if you fit what they're looking for, you're in! So whether you have to audition or just apply, you get to practise some important industry skills on first contact.

4. Sometimes the part is written especially for you
If you're a friend of a student filmmaker, they may write a part in their script with you in mind. Not only is that very flattering, it's also a great opportunity for you to give it what you've got.

5. Getting a copy of the film.
You may be able to ask for a copy of the film that you can use to promote yourself. Make sure you ask permission, though, before you go posting someone else's film on social media. Sometimes if a filmmaker is putting their film in a competition or festival, there will be an embargo on distribution prior to the event. Publishing it on social media may disqualify it. So make sure you don't rub anyone up the wrong way by making this mistake. Likewise, if you want to use an extract for your own showreel or website, make sure you ask first, and give credit to the filmmaker.

6. You can develop more confidence in front of the camera.
If you've not yet had a lot of screen acting experience, a student film is a fairly safe way to build self-confidence. The stakes aren't super-high if you mess up. ​

Here are some of the cons of being in a student film:

1. You'll work for nothing.
On the whole, student films tend to offer no pay for the time you spend. Sometimes there's no catering either!

2. The experience.
Sometimes student filmmakers take a very long time to make films. As they are in the process of learning their craft, it can take them ages to achieve what they want to achieve. Setting up lights, correcting sound levels, and doing re-takes can seem to take forever. Actors on student films can spend excessively long times waiting for student filmmakers to do the tasks that would normally take a professional a couple of minutes.

3. Film equipment used by student filmmakers is often unreliable.
Sometimes if they're borrowing equipment from their educational institution, student filmmakers are using equipment that has been through many hands. And because students are learning how to organise themselves, how to work with the equipment, and how to think through problems, sometimes they make technical mistakes. They accidentally delete important footage. Or a camera stops working. Or they don't make a back up of their material. Or they lose their SD card on location. These are all common fails of student filmmakers!

4. Sometimes student films are never finished.
If the reason you're acting in a student film is the hope that you'll get a good snippet of footage for your own showreel, you might be disappointed if you never get a copy. Like all other kinds of students, sometimes student filmmakers never finish and hand in their assignments! Films can be complex projects and sometimes a student film​maker will decide they've chosen the wrong career and drop out of their course midway through a project. So in this instance, a film you were in may never see the light of day.

5. Roles may be limited
Lecturers in filmmaking frequently chuckle about the fact that student filmmakers love writing horror films - especially zombie films, but also films about dark social themes. So there's not a huge variety of material in the student filmmaking landscape. If you come across a student film that's quite different, you can be sure you've hit on something special.

So a student filmmaking experience can either be negative or positive - or a mixture of both. If everything goes according to plan, though, you may meet a great contact. You may have a fun time. You may learn something new​. And you may walk away with a film as a memento of your experience.

Want some direction with your actor training?

If you're wanting to move past student films into the professional arena, consider our Certificate program. We'll give you training in professional acting skills and help you make the move.